To see how these concepts played out in our project for this client, please visit Supplementing a Scheduling Module to Establish Accountability and Evaluate Results.

I was recently reminded of a quote from John Wooden, UCLA's legendary basketball coach – "Don't mistake activity with achievement." What brought this to mind? The "before" and "after" of this month's case study, focusing on an extension we designed and developed to an ERP's scheduling system:

To address this need, we designed and developed the system supplement featured in this case study. A key report from this system tracked actual versus planned production.

Adhering to the Production Schedule

Using this report to investigate the problem, management determined that the various manufacturing departments were not adhering to the system-generated production schedule – they were frequently pulling work scheduled for the following week into the current week. The impact of this? For one week shortly after this report began to be used, 48% of the manufacturing departments' hours were spent on work not scheduled for the current week. Armed with this information, managers began to see the benefit of following the production schedule, and hours spent on unscheduled work began dropping quickly and steadily. 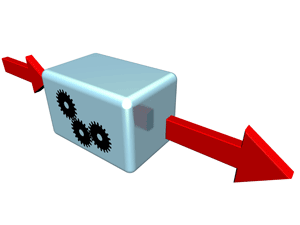 It did not matter how efficiently the unscheduled work was performed – what mattered was getting all the parts through Manufacturing and into Assembly on the scheduled date.

In other words, Manufacturing is becoming highly effective – a nice complement to its existing high efficiency. If Coach Wooden were around to see this turnaround, I believe he'd say, "Nice job."

Read more on the benefits of an application development project.